Martin Blumenthal-Barby studied German Literature, Philosophy, and Theory of Drama at the Freie Universität Berlin, Germany, at Cornell University, and at Yale University. At Rice, he also serves on the Steering Committee and is a core faculty member of the Program in Cinema and Media Studies. Blumenthal-Barby was a Fellow at the Humanities Center, Stanford University (2011-12).

He is the author of two books. Inconceivable Effects (2013) probes the relationship between ethics and language, while Der asymmetrische Blick (2016) examines the link between surveillance and cinematic spectatorship. He is currently working on two further research projects. The first explores the relationship between cinema and conceptions of “life,” while a second project, The Enigma of Judgment: Arendt and Kant, investigates the distinctly philosophical dimensions in the work of Hannah Arendt.

His research and teaching interests include German literature and philosophy from the eighteenth century to the present with a particular emphasis on nineteenth- and twentieth-century literature and aesthetics as well as German film and media theory. 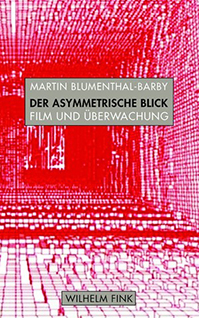 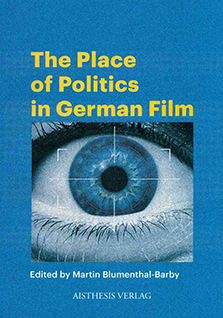