< BACK TO EMERITI FACULTY 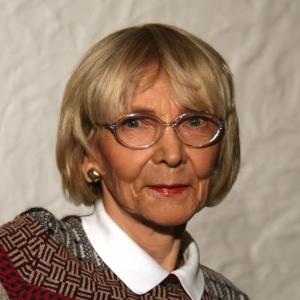 Ewa M. Thompson is Research Professor of Slavic Studies. She has taught at Rice, Indiana, Vanderbilt, and the University of Virginia, and she has lectured at Princeton, Witwatesrand (South Africa), Toronto (Canada) and Bremen (Germany). She received her undergraduate degree from the University of Warsaw and her doctorate from Vanderbilt University. Her books and articles have been translated into Polish, Ukrainian, Belarusian, Russian, Italian, Croatian, Czech, Hungarian, and Chinese. She has published scholarly articles in Slavic Review, Slavic and European Journal, Modern Age, Teksty Drugie and other periodicals, and she has done consulting work for the National Endowment for the Humanities, the U.S. Department of Education, and other institutions and foundations. She is editor of Sarmatian Review, an academic tri-quarterly on non-Germanic Central and Eastern Europe. Her area of specialization is Central and Eastern Europe.

Ed., The Search for Self-Definition in Russian Literature (Amsterdam: Benjamins, 1991).

“Sarmatism, or the Secrets of Polish Essentialism,” in Tamara Trojanowska, Joanna Nizynska, and Przemyslaw Czaplinski (eds.), Being Poland: A New History of Polish Literature and Culture since 1918 (Toronto: University of Toronto Press, 2018).